Project Antillothrix: Paleobiology in Flooded Dominican Caves
Project Antillothrix is a multi-organizational partnership formed to conduct biodiversity surveys and excavations of paleontological cave sites in the Dominican Republic. Together, researchers and divers from the City University of New York (CUNY), Universidad Autónoma de Santo Domingo (UASD), Museo del Hombre Dominicano (MHD), and the Dominican Republic Speleological Society (DRSS) have documented and collected a trove of vertebrate fossils for study and preservation since the inception of this collaboration in 2011. Among these finds are a nearly complete skeleton and several isolated elements of the extinct monkey Antillothrix bernensis, the best-preserved primate fossils in the Caribbean. This development has had a great impact on our knowledge of the enigmatic, now extinct Caribbean primate radiation, and it stands to have far-reaching effects on our understanding of the natural history of the region and its much-diminished biodiversity.

Only a few thousand years ago, the West Indies (Cuba, Hispaniola, Jamaica) were exceptionally rich in biodiversity, including many mammals endemic to these islands (they lived nowhere else). The number of endemic species in the region today is a faint shadow of a once immensely rich Eden in the Caribbean. A series of extinction events, some attributed to climatic changes and more recently to human colonization, has nearly wiped the islands clean of the fauna that exemplified this region. To learn about this lost world, we are dependent on our ability to read the fragmented skeletons, searching for insights into once-flourishing ecosystems. On the island of Hispaniola, much of the landscape that may have preserved these remains has been modified by humans, but caves still hold precious pieces of the paleontological record. Flooded caves have remained especially pristine, but their significance to science has only recently been realized. Yields from prior expeditions into flooded Dominican caves have included immaculately preserved skeletons of a wide range of extinct animals, even some that were not previously known to have inhabited the island of Hispaniola. Together, these fossils will help us to understand not only the prehistoric fauna of the Caribbean, but will also provide an opportunity to examine the ecological processes leading to extinction in recent prehistory, and how climatic and human influences contributed to the ultimate collapse of much of the biodiversity on these islands.

The principal goal of the 2016 expedition was to implement photogrammetric methods within flooded caves where paleontological excavations are planned or underway. This was accomplished by collecting hi-resolution digital pictures of important sites within the cave, which were then processed using a high-power computer and photogrammetry software to generate 3-dimensional models of the fossil beds. 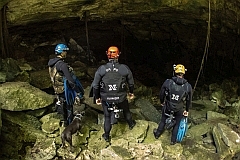 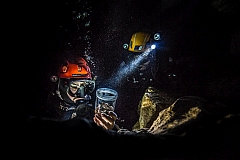 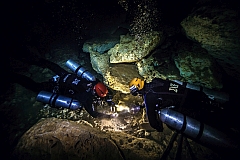 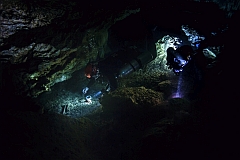 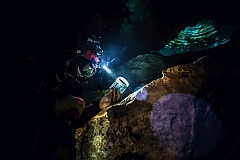 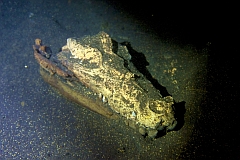 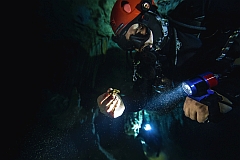 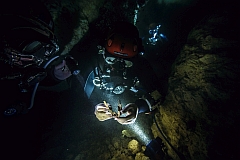